You're subscribed!
Something went wrong while submitting the form. Please try again.

Each weekday at 6 pm (PST), you'll receive an email with a rundown of the day's most talked-about headlines and some context to clue you in.

We're starting with the news you absolutely need to know in Politics, Technology, and Entertainment.

You can unsubscribe at any time. 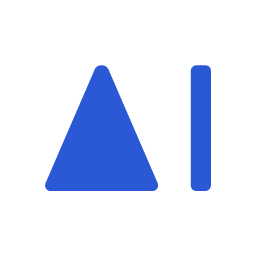 Hurricane Ian caused part of the causeway connecting the coastal islands of Sanibel and Captiva to collapse, leaving residents without access to mainland Florida.

💻 Stadia to Shut Down

Google announced it will shut down its cloud gaming service, Stadia, on January 18th, 2023.

🍿 New Planet of the Apes

Today, the Department of Education quietly ended a program that allowed borrowers with privately held FFEL or Perkins loans to consolidate their debt with the Department and qualify for student loan forgiveness.

Meta announced that Meta is entering a hiring freeze and warned employees that the company intends to restructure and cut costs, prompting fears of impending layoffs.

The FCC ruled today that satellites must stop orbiting within five years of ending their mission.

💻 Apple VP of Procurement Out

Apple's senior vice president of procurement Tony Blevins is leaving Apple after a Tik Tok video went viral of him making a vulgar comment about fondling women while attending a car show. In the video, he is shown getting out of his expensive car and is asked what he does for a living. He responds with a movie reference that ends with alluding to groping women.

The series 'Armor Wars' was set to be produced for Disney+ but will now be produced as a feature film for Disney. The storyline is based on a famous comic book series where the technology of Iron Man falls into the wrong hands. The original team behind the series will remain intact, and Yassir Lester will still write the screenplay for the Don Cheadle-helmed series.

Judge Raymond Dearie, the special master appointed to review the documents seized from Mar-a-Lago, ordered former President Donald Trump's legal team to prove their claims that the FBI planted evidence during the raid. But, Judge Aileen Cannon, who originally ruled that the team could choose a special master in a shocking ruling, issued a new ruling saying the team did not need to provide a sworn statement from Trump that evidence was planted.

The one-time unicorn, Truepill, conducted its fourth round of layoffs this year. The layoffs at the digital health platform are said to have impacted about 65% of the staff.

According to a report from Sensor Tower, Tik Tok is the top grossing, non-gaming app for the fourth straight quarter. Tik Tok generated $914.4 million in consumer spending over the last quarter, even though the overall market declined with users spending less on apps.

Twitter posted the first edited tweet today as it prepares to roll out the new edit feature. In the bottom left corner of the tweet, it reads, \"last edited at,\" showing users that the tweet has been edited.

It was confirmed today that the rapper who redefined hip hop stardom, Coolio (Artis Leon Ivey Jr), passed away at 59. The 'Gangsta's Paradise' rapper was famous for his hit-making ability and for helping West Coast hip hop take off.

Hurricane Ian battered Florida with heavy rain and severe flooding, shocking residents of the state in cities like Orlando with high flood waters after being reduced to a tropical storm after its initial landfall on Florida's coast. Rescues are underway in heavily hit coastal areas by local law enforcement, the Coast Guard, and the National Guard. Unfortunately, the storm strengthened again into a Hurricane and is barreling toward South Carolina next.

⚖️ In the Wake of Hurricane Ian

Hurricane Ian is possibly the deadliest hurricane in Florida history, and with rescue operations still underway, the exact death toll is unknown. Governor Ron DeSantis said that 700 people had been confirmed rescued but that the number was likely higher and could be in the thousands. The hurricane will strengthen again before slamming into South Carolina.

The rich text element allows you to create and format headings, paragraphs, blockquotes, images, and video all in one place instead of having to add and format them individually. Just double-click and easily create content.

How to customize formatting for each rich text

Headings, paragraphs, blockquotes, figures, images, and figure captions can all be styled after a class is added to the rich text element using the "When inside of" nested selector system.

Write to us anytime at team@bonsainews.com